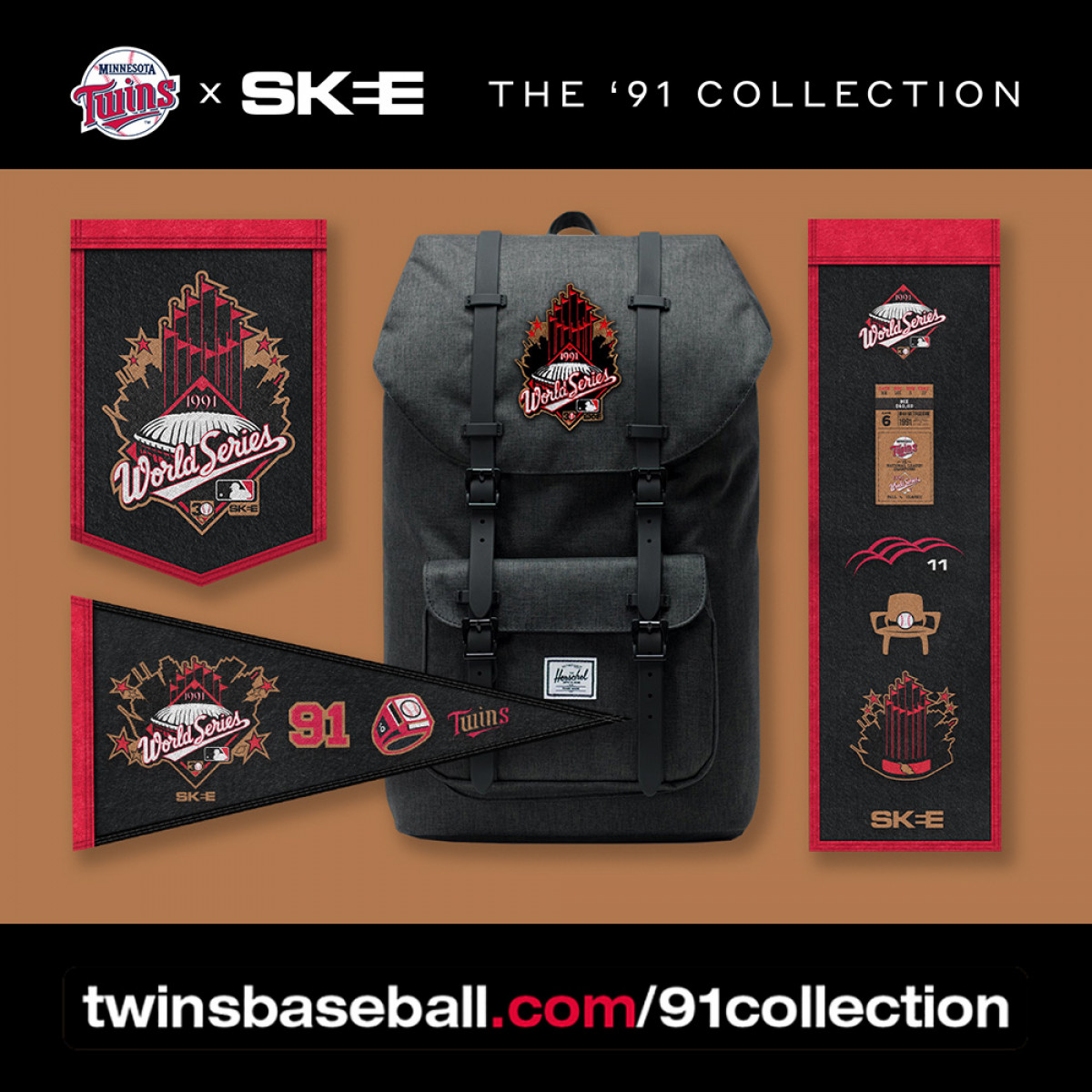 The Minnesota Twins made a wise Vintage Merch decision in order to boost ticket sales.

The Twins collaborated on the designs with Minnesota native DJ Skee, an artist, radio personality, and baseball enthusiast, and the goods were produced by Winning Streak Sports and Herschel Supply Co.

Two separate banners, a pennant, and a rucksack were part of the limited collection, all of which cost a lot of money. (The bags are $150 each.) For one night only, the items were only available at Target Field.

This was a deliberate strategy: a capsule-style distribution of exclusive items developed by an artist whose involvement is itself a magnet for shoppers.

The Twins drew young fans into the stadium by partnering with DJ Skee, who is “young and hip”, they draw older fans with the nostalgia of the ’91 World Series-winning team, and they draw everyone in between with the vintage merch!