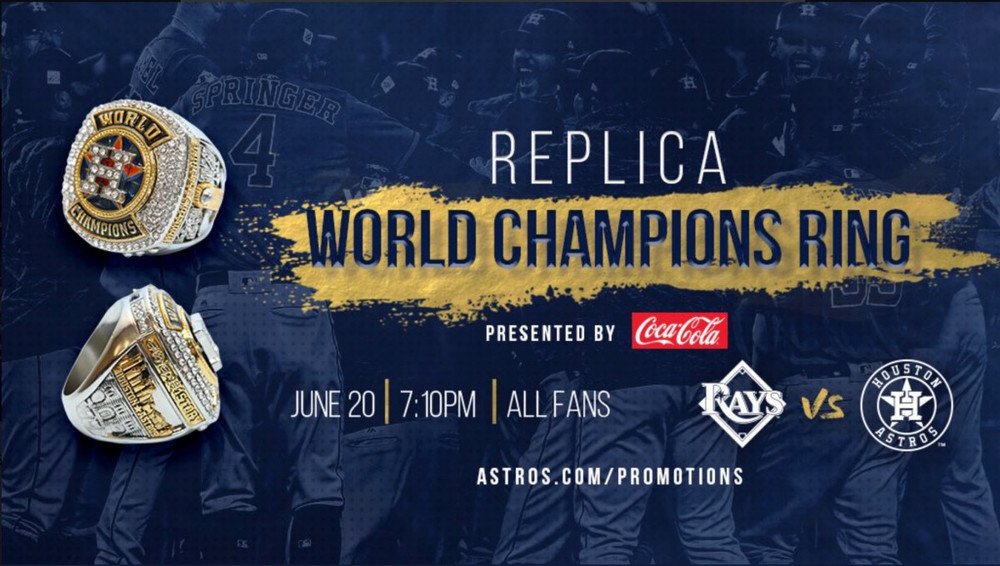 Posted 5 years ago Less than a minute to read

On Friday, April 6, the first 10,000 Houston Astros fans who showed up to the team’s game against the San Diego Padres were lucky enough to receive what may be one of the coolest sports giveaways of all time: a replica World Series ring.

While the replicas may not be as valuable as the real ones, fans still flocked to Minute Maid Park early that morning to get themselves some bling.

The promotion was so successful that the Astros have actually decided to do it all over again on June 20 before they face off with the Tampa Bay Rays. Fortunately for fans that were disappointed to miss out on getting a ring the first time around, the Astros have promised a ring to every fan in attendance on June 20. This, as well as the fact that no fans will be allowed to line up before 8 a.m., should quell the craze that hit Minute Maid Park during the initial promotion.

Withers & Co is your source for cool merchandise and apparel promotions NZ wide.