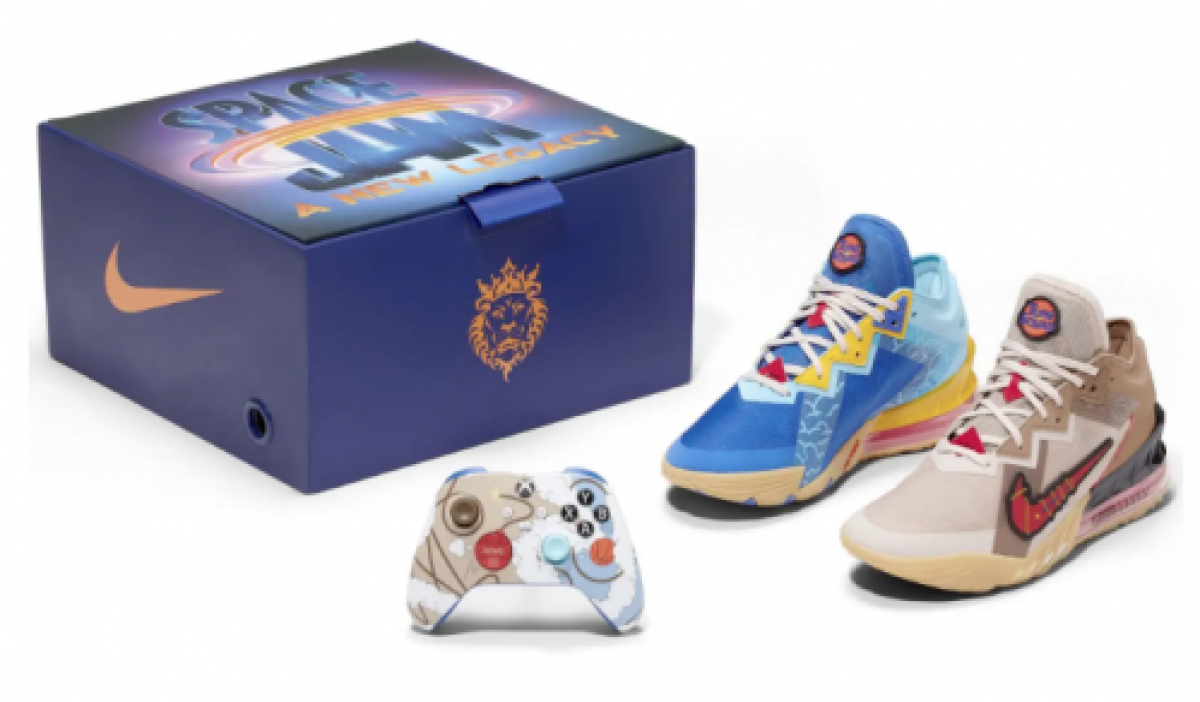 Posted 11 months ago by Matt 2 Minute(s) to read

As you would expect, Warner Bros have killed it on the merchandise front with Space Jam 2. Here are a couple of examples:

Nike and Xbox got together and sent influencers a kit featuring an Xbox controller decorated in classic Wile E. Coyote and Roadrunner “Loony Tunes” art, which ties in with an upcoming “Space Jam” game on Xbox. The kit also comes with a pair of Nike LeBron 18 Lows with different design motifs on each shoe, and it’s all packaged in a branded box.

The second example is this Gym Locker Shaped send out that the worlds highest-paid skateboarder Nyjah Huston received.

His personalised box looks like a locker and contains the sneakers and controller and a branded Xbox console, a LeBron James PEZ dispenser, a box of cereal, and a Tweetie Bird plush toy.

This probably isn't the last big co-branding effort from the "Space Jam" marketing team, either. They apparently have 200 licensed merchandise partners and are looking to top the original movie's $1.2 billion in merchandise revenue.

With major sporting events like the Olympics right around the corner, keep your eyes peeled for more LeBron and Bugs Bunny.

Both of these have been an almost perfect amalgamation of all of the recent promo trends in the US we’ve been seeing: