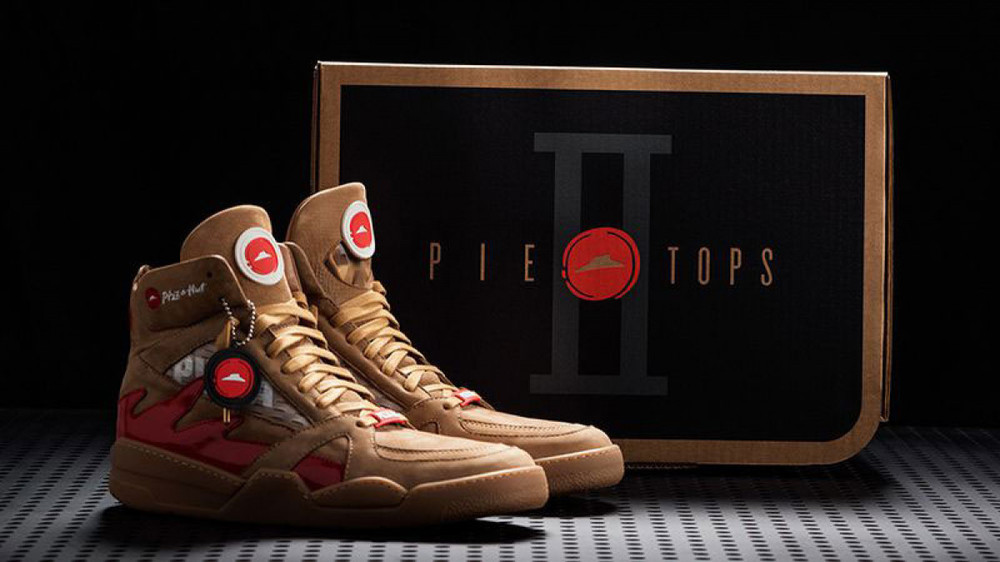 Posted 4 years ago 1 Minute(s) to read

Timed to coincide with college basketball’s March Madness extravaganza, Pizza Hut is releasing branded, custom-made high-top sneakers that can order you a pizza – and pause your television.

The cleverly named “Pie Tops II” (get it?) are a case of branding gone wild in which the pizza purveyor is one-upping itself. Last year, Pizza Hut released the original Pie Top trainers, which could also order a pizza. This year’s next-generation sneakers work with particular cable TV set-top box DVRs to pause live television broadcasts. The Shoe Surgeon, a Los Angeles-based custom sneaker maker, created the kicks.

Using the sneakers’ tech doesn’t take much. In the mood for a few slices of doughy, cheesy goodness? Just press a button on the shoes, which work through Bluetooth to pair with a Pizza Hut app and communicate your order. Want to pause the telly? Press another button that is essentially an IR blaster – boom, done.

With reportedly only 50 pairs to be sold in the extremely limited edition run, it’s obvious the trainers are a publicity stunt to encourage consumers to think about ordering Pizza Hut when sitting down to watch college basketball during March Madness. Still, that’s okay with us. It’s a pretty rad publicity stunt – and, well, the shoes are actual shoes you can wear. So, they’re practical and worth the investment; there, no guilt about this purchase. Word is the sneaks will go on sale on March 19th on HBX.

Supplies aren’t likely to last long if the love Pie Tops II are already getting in the social media sphere are any indication.