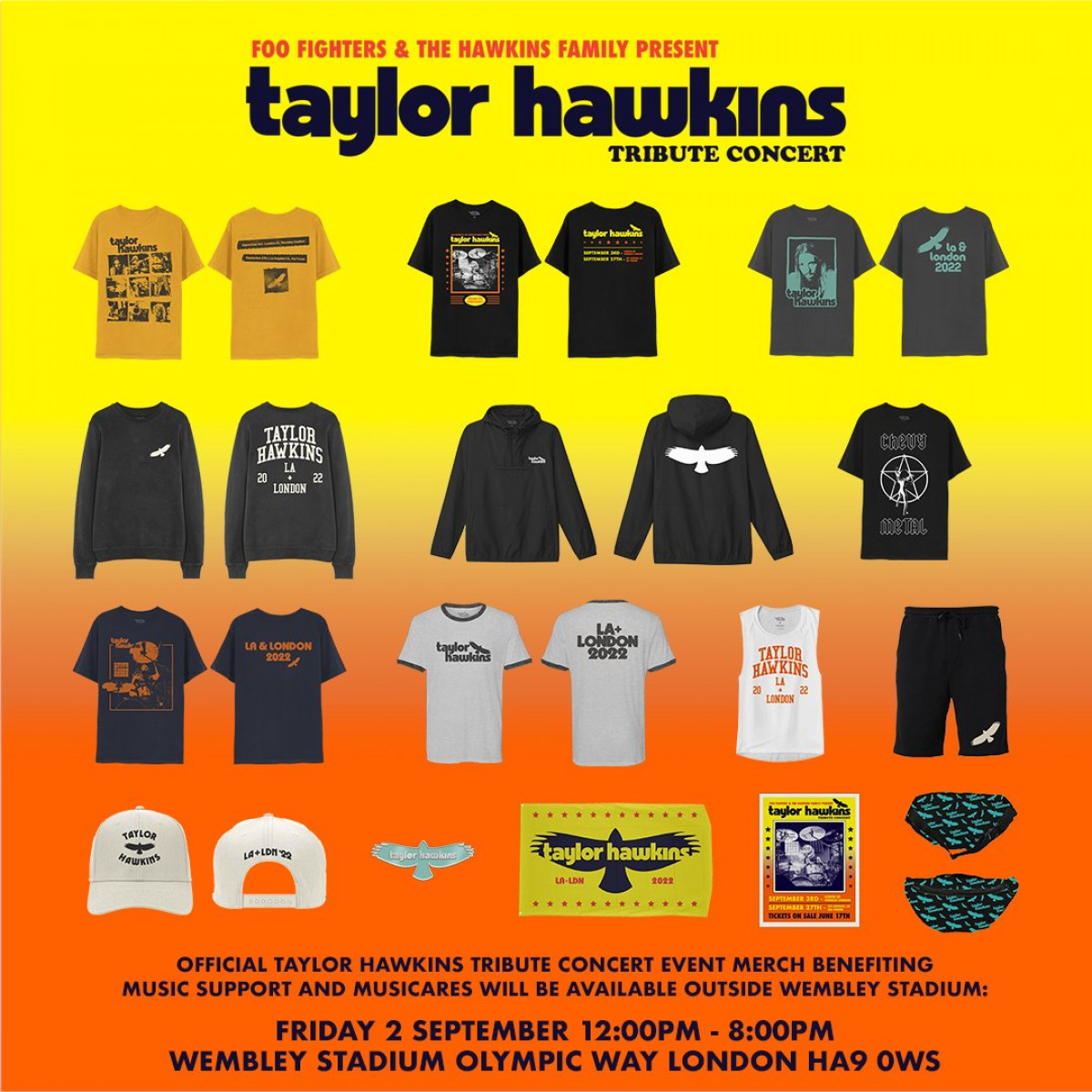 Posted 5 months ago by Matt 1 Minute(s) to read

Tomorrow from 12 PM to 8 PM, the merchandise will be available for purchase outside Wembley Stadium in London. As seen below, a variety of products, including short sleeve T-shirts, hoodies, tank tops, hats, pins, and more, will be sold.

According to a tweet from the Foo Fighters, Music Support and MusiCares will both benefit from the merchandise sales. According to the Twitter bio for Music Support, they are a nonprofit that offers assistance and support to those who work in the music industry and live events and are struggling with mental illness and/or addiction.

MusiCares' website states that they "help the humans behind the music because music gives so much to this world" by "providing a safety net of critical health and welfare services to the music community in three key areas: mental health & addiction recovery services, health services and human services."