The New York-born Blue Point Brewing Company has introduced the latest beer to its lineup. The new Pinstripe Pilsner was brewed in partnership with the New York Yankees and will only be available at the stadium.

The hopped-up pilsner is a light beer that pairs well with the best ballpark snacks — pulled pork nachos, meatloaf burgers, queso-drizzled taquitos, and the rest of the food available this season. Imagine your favourite light beer but with New Zealand, Motueka hops for a hint of lime - light enough for a hot day but with enough flavour to get you to order another.

Fans will whip out their phones to snap pics of their beers — and not just to show off their awesome seats. Thanks to a laser printer-Esque machine called the Ripple, Yankees logos, stadium outlines, and players’ faces will be emblazoned on the beer’s foam using a malt extract. Latte art ain’t got nothing on this.

Blue Point is the latest heavy hitter to join the concession stands at Yankee Stadium. Nosh on Might Quinn’s fried chicken sandwich or traditional, vegetarian, and even vegan options from the city stalwart Bareburger. For more high-end grub, swing by the new flatiron steak and rotisserie chicken stand for a plate heaping with shoestring garlic fries.

Be the first to unlock the On Tap app’s badge by ordering the Pinstripe Pilsner at the new Blue Point Bleachers bar. Who knows? These suds could be one of our top craft beers next year.

MLB recently notified the Yankees about the promotional use of player faces stencilled into the beer's foam. According to the New York Daily News, the team says it will not be incorporating that design element into beer at the stadium this season. 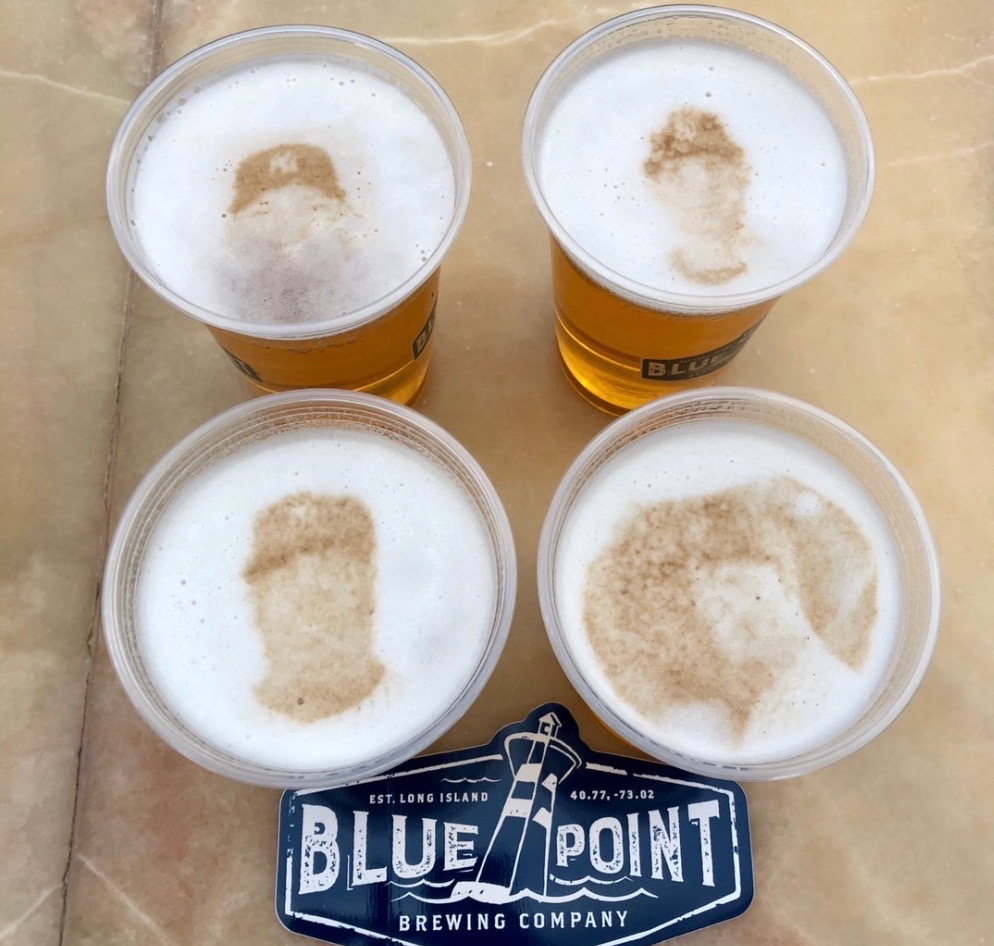