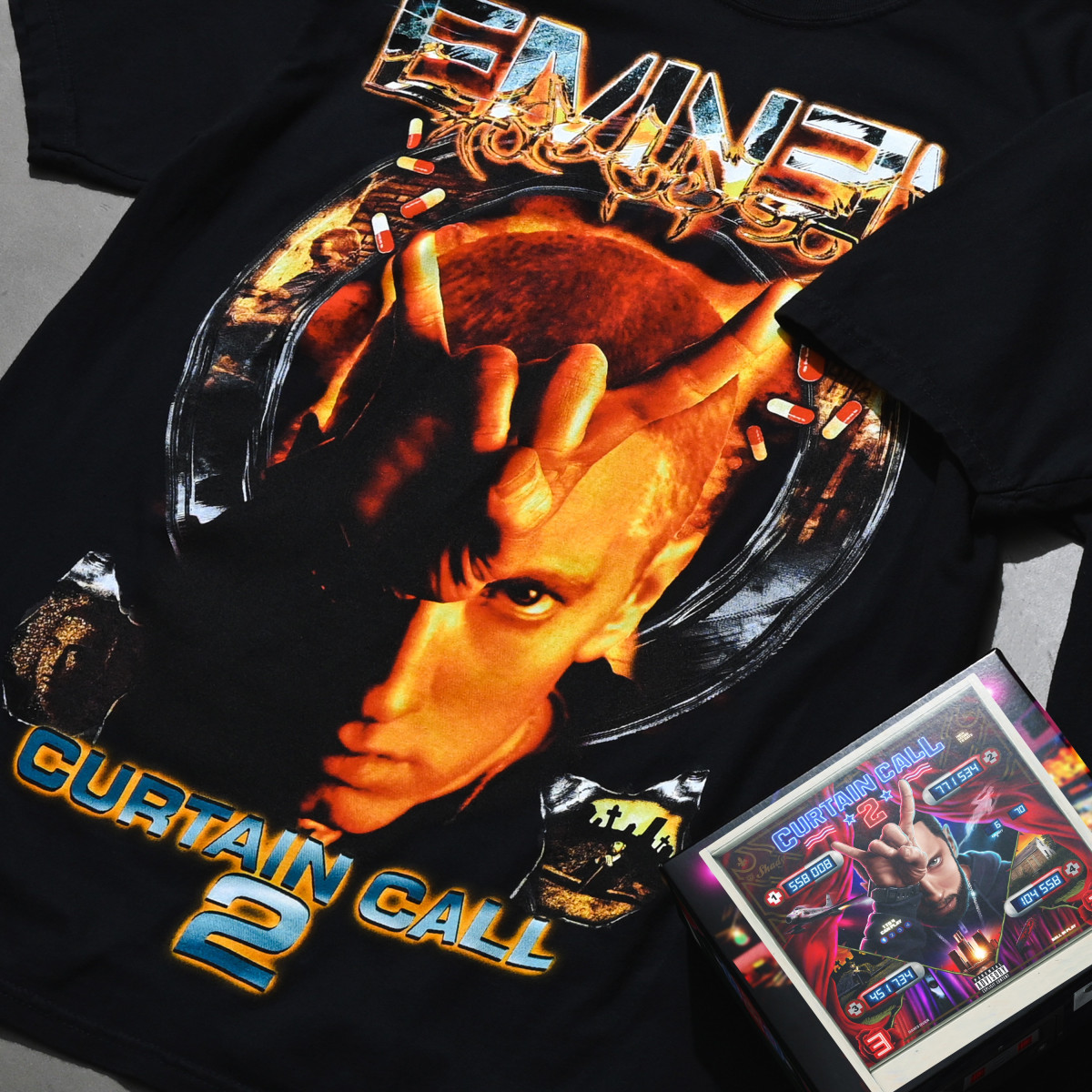 On July 11, Eminem revealed that Curtain Call: The Hits would have a sequel. The CD, aptly dubbed Curtain Call 2, has songs from every Eminem project released since 2009's Relapse, including side ventures, guest appearances, songs from movie soundtracks, and songs from his solo albums.

On Tuesday (July 19), Slim Shady announced the album was now available for pre-order while also releasing a new merch capsule in support of it through Twitter. T-shirts with arcade themes, CD box sets, cassette tapes, and autographed orange vinyl are all included in the collection.

“Does this look like an arcade?” he wrote. “Tryna play games? See this saw blade? #CurtainCall2 merch, vinyl and bundles are now avail for pre-order! 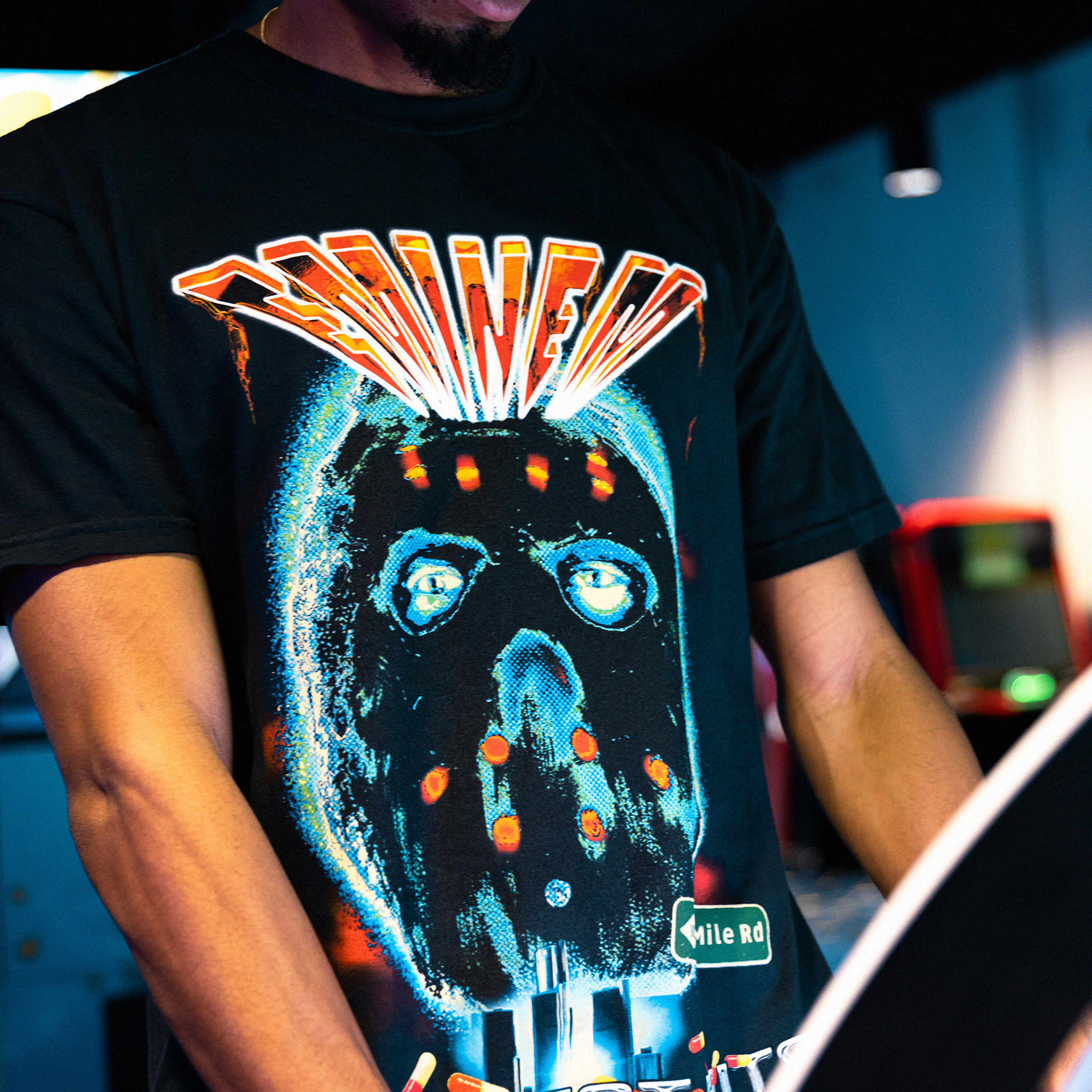