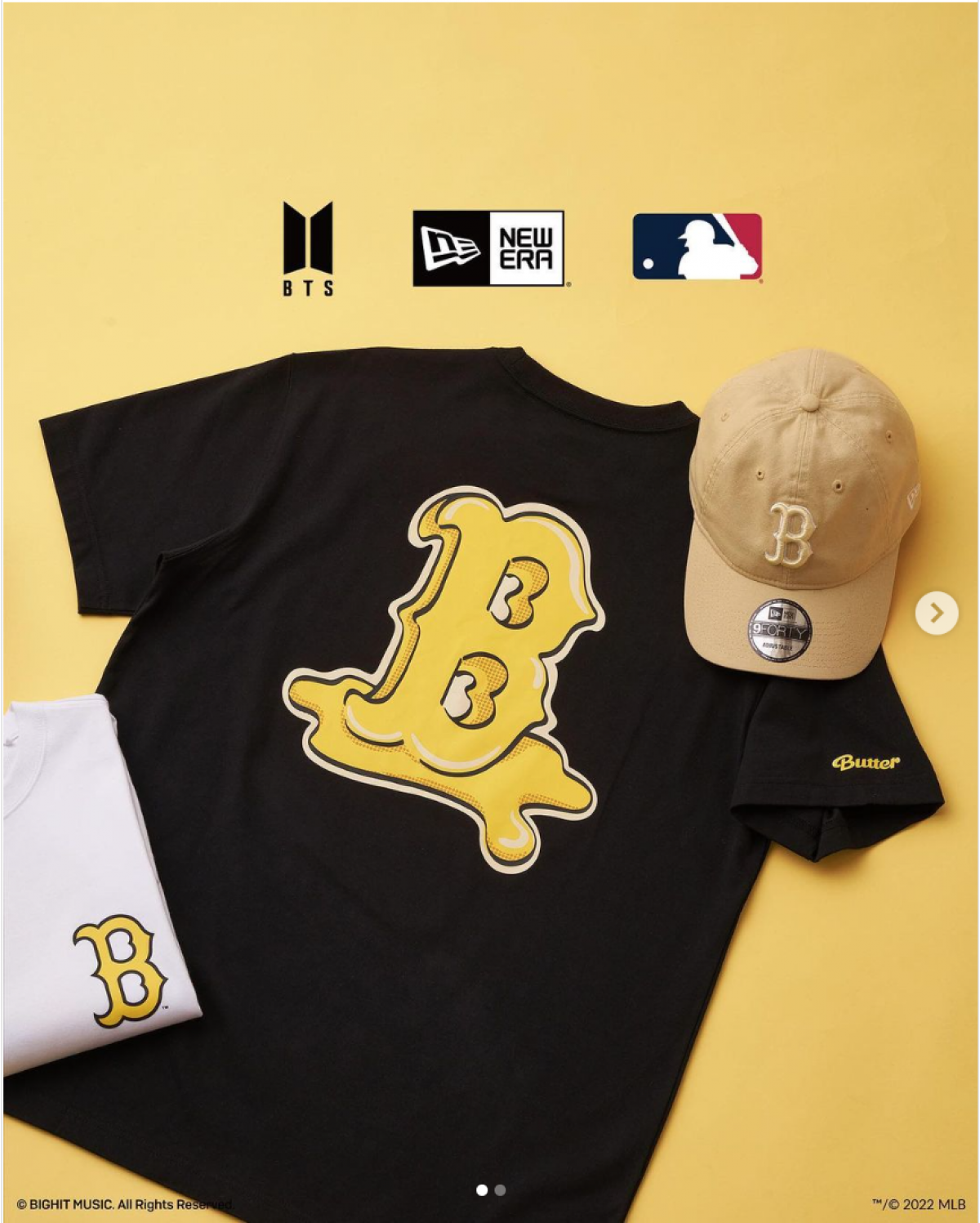 The seven members of BTS - Jungkook, Suga, J-Hope, V, Jin, RM, and Jimin (the world's biggest boy band) are big baseball fans and are not missing an opportunity for a massive Merch Collab.

Of course, the BTS members are far more tuned in to the Korean iteration of the sport, having been to plenty of games and even partnered with MLB Korea.

Baseball loves BTS right back, having put the cut-outs of the boys in the stands for the MLB's 2020 World Series and inviting Jungkook to throw out the first pitch for a Japanese baseball game.

Suga also appeared at a Dodgers game several years ago to support star player Hyun-Jin Ryu, who moved from Korea's KBO league to the MLB in 2013 (Ryu now plays for the Toronto Blue Jays).

So it ought to be pretty obvious that BTS enjoys baseball a good deal. Fitting that the K-Pop stars would again partner with New Era and bring in MLB for some officially licensed mash-up merch.

Cleverly juxtaposing BTS songs against MLB team logos, the caps, bucket hats, and T-shirts are printed with graphics that riff on hits "Butter," "Dynamite," and "Black Swan," rendering a melting pat of butter out of the Red Sox "B" or an illustrative swan beneath the Yankee's inimitable scrawl.

Lined with Coolera, the accompanying caps are also cut a bit looser to accommodate summertime style.

It's a good time to be dropping MLB-licensed baseball gear. The season has only just begun and we've seen a stand-out Gucci collab, picking right up where last season's Polo Ralph Lauren and KITH collections left off. 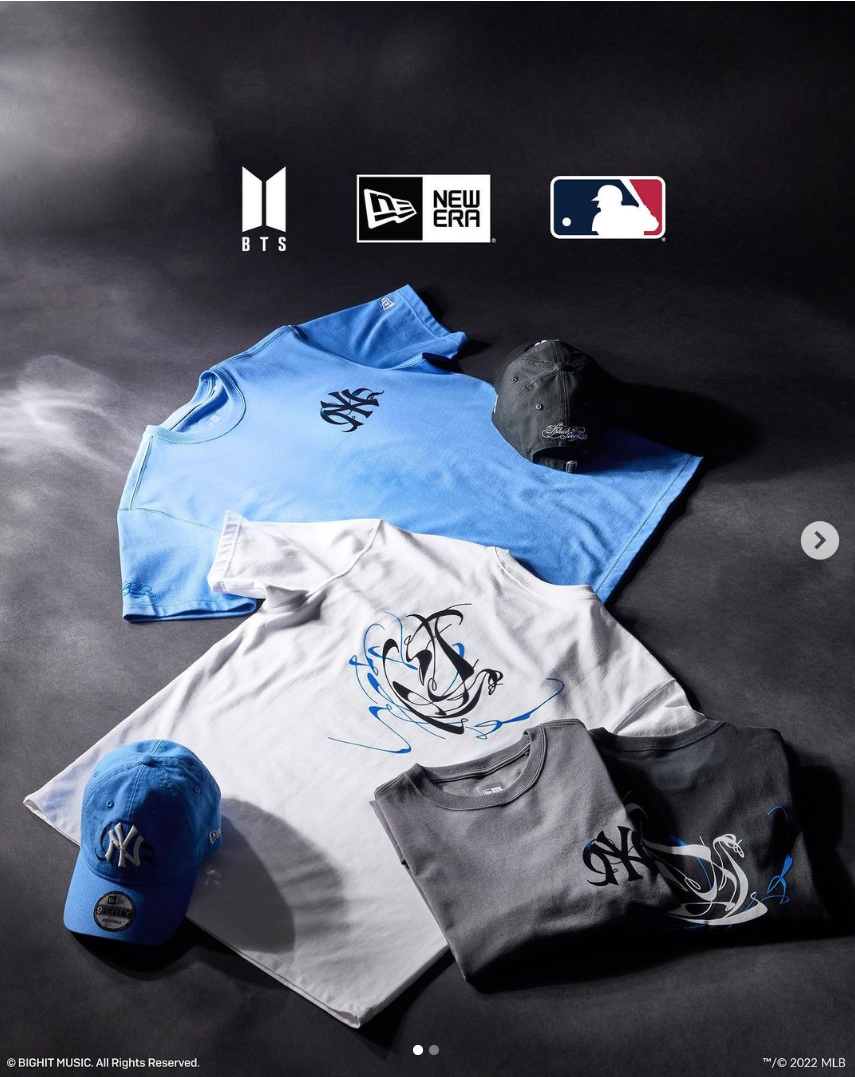 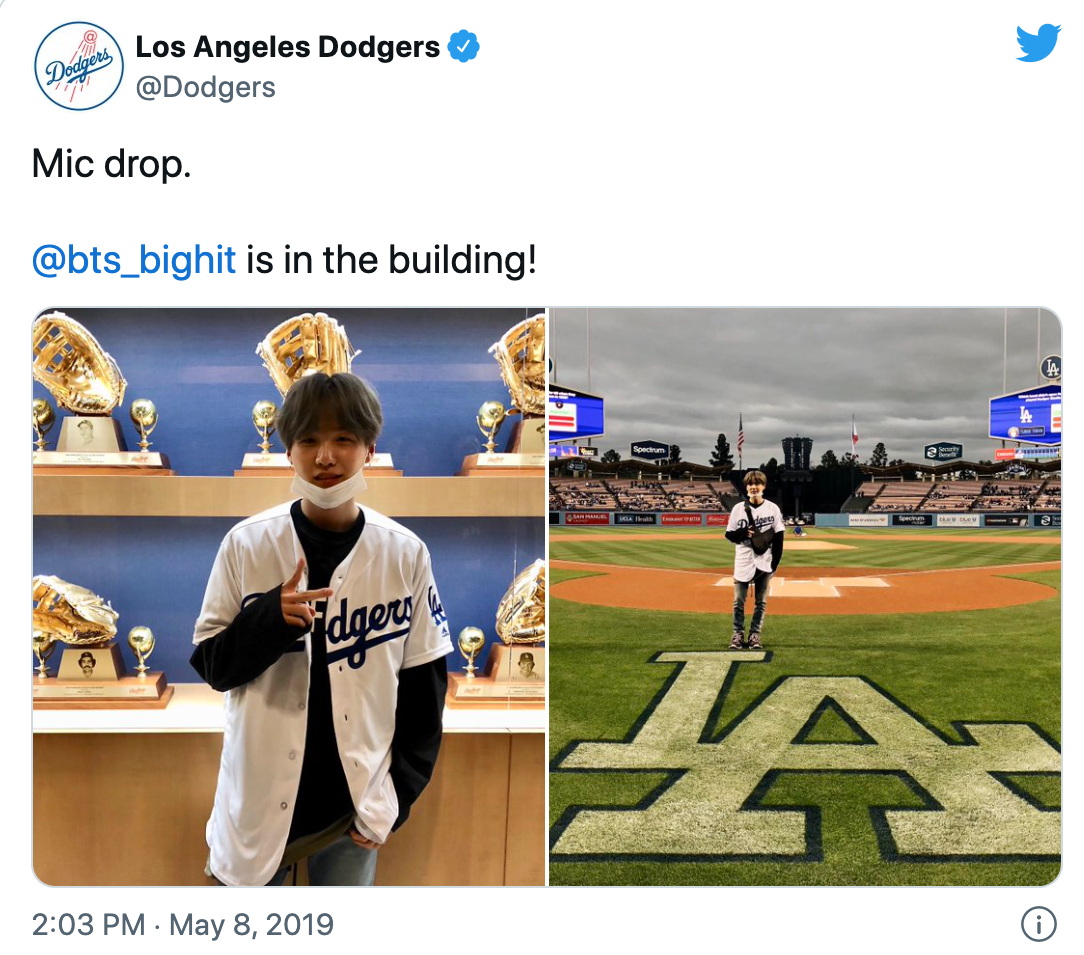 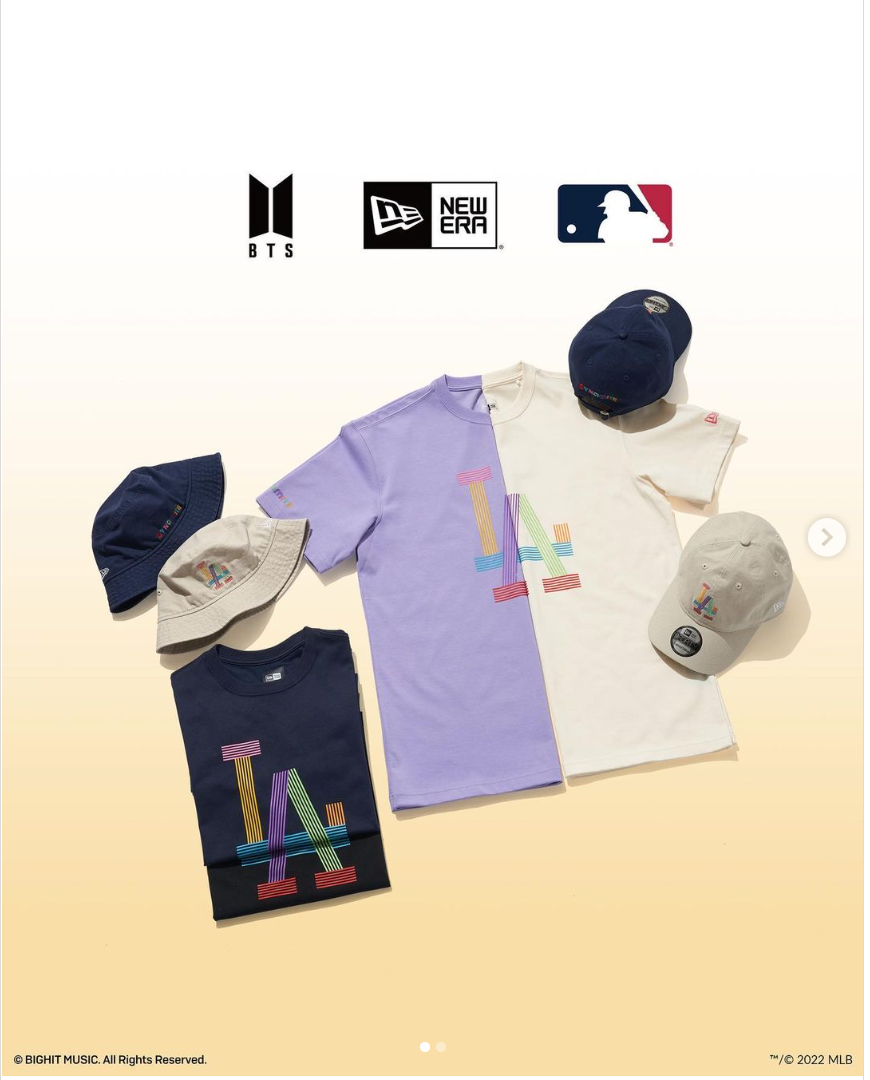