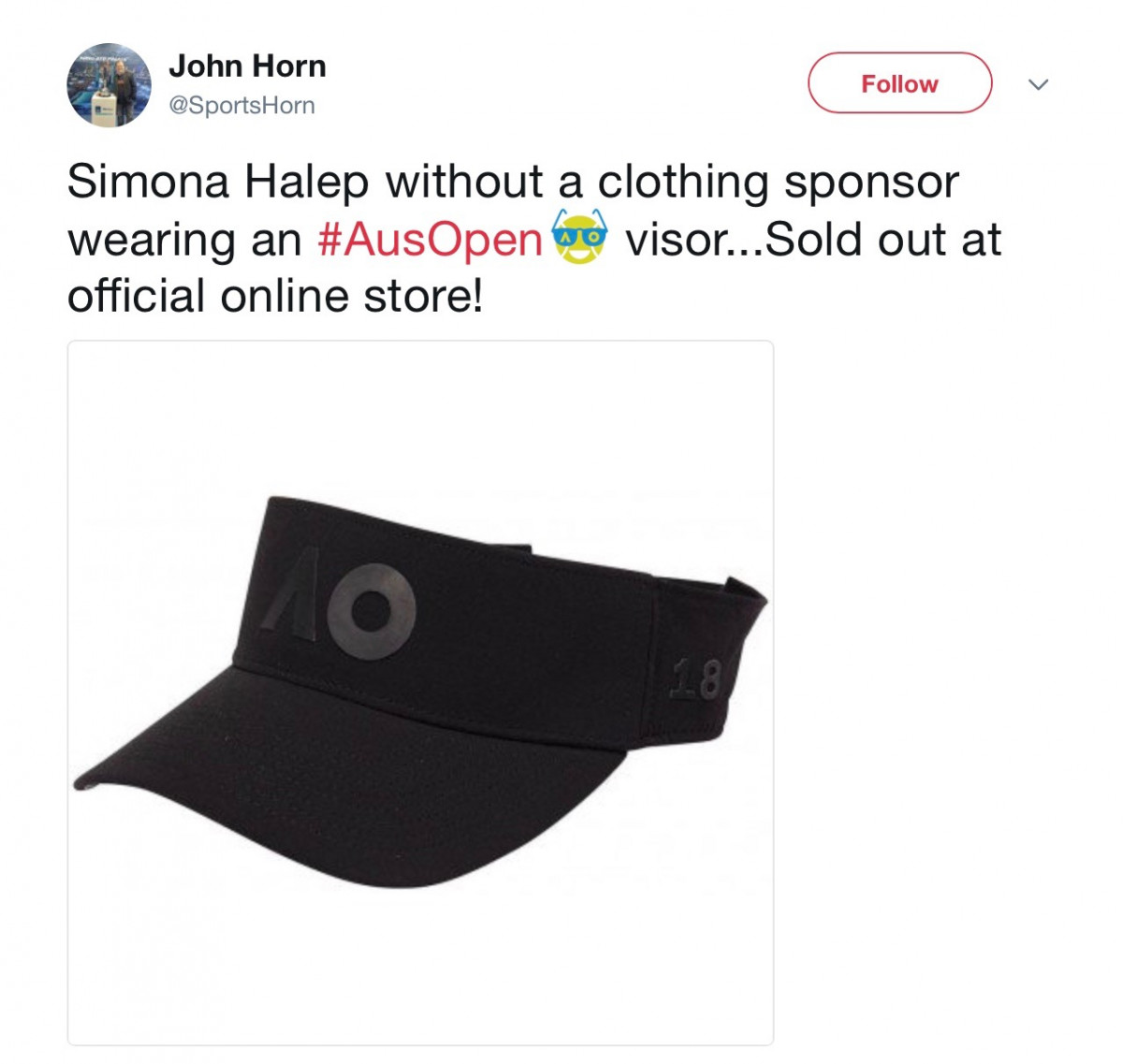 Posted 5 years ago Less than a minute to read

Australia Open Visor Sells Out With The Help Of Simona Halep

After negotiations to renew her contract with Adidas broke down world No.1 Simona Halep ended up playing the Australian Open Tennis with no apparel sponsor!!

While this situation is massively unusual, the real star of the show, however (other than Halep of course) has been the official Australian Open visor she has worn throughout the tournament. It seems that her use of the promotional visor in the tournament itself has led to some great visibility for the apparel item, which now seems to be sold out online.