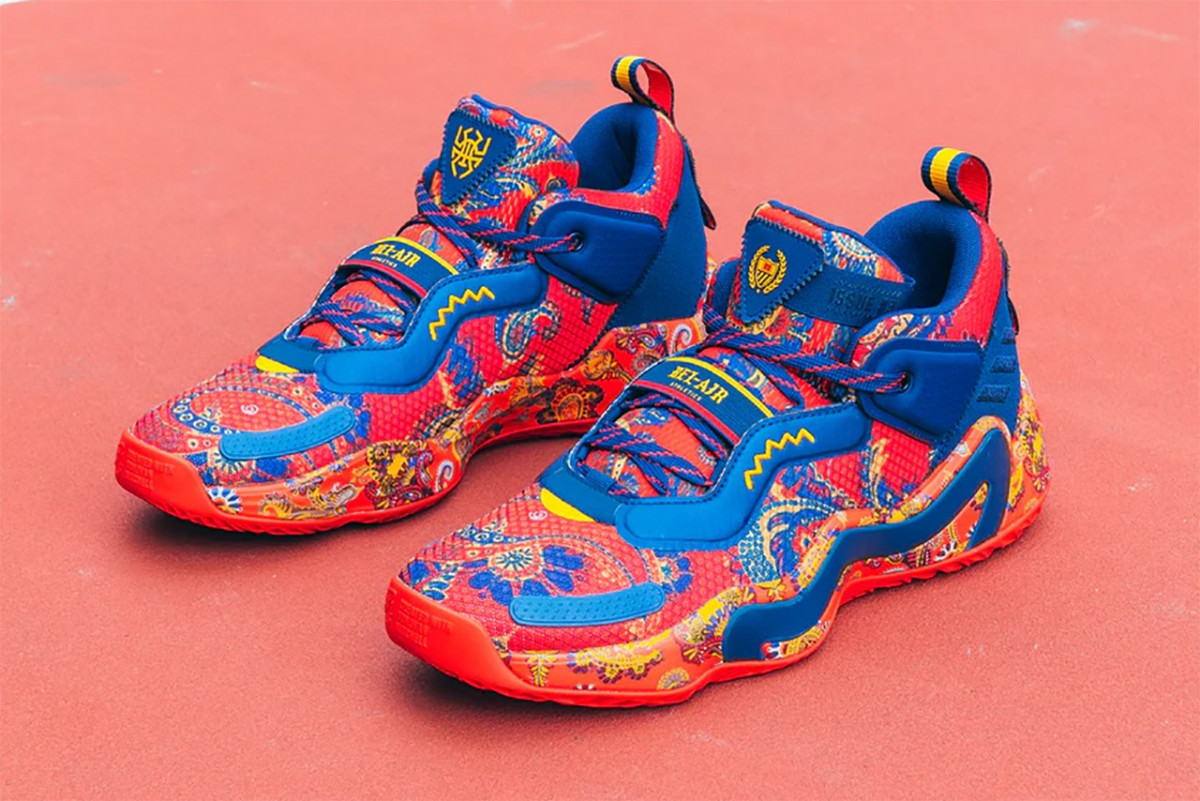 Will Smith, Donovan Mitchell, and Bel-Air Athletics have teamed up to produce a three-piece “Prep School” footwear collection. This three-way team-up is crafted to celebrate Smith and Mitchell’s partnership with Genies — an avatar technology company — who recently unveiled their virtual identities.

Each iteration of the Utah Jazz superstar’s signature silhouette is inspired by Mitchell’s journey through prep school and ushers in playful patterns and colours that are inspired by certain outfits that Will Smith rocked in the iconic American sitcom The Fresh Prince of Bel-Air. The most wildly styled instalment of the bunch bears a navy blue and red upper and comes orchestrated with all-over paisley and floral patterns that mimic the look of Smith’s prep school uniform blazer. “Bel-Air” is written over the middle of the throat and the tongues split between the Louisville alumnus’ spider logo on the right shoe and a school-inspired crest on the left.

The second offering essentially sticks to this same motif but utilises the aforementioned patterns more sparingly across the heels and curvy overlays on the midsoles. It also comes prepared with white midsole pieces and treading. The final option in this range deviates by taking on a black and yellow motif to impersonate the Bel-Air academy’s basketball uniforms. Zebra-esque stripes adorn the midsole component’s wavy overlay for added flair.

“Will and Donovan are two of the most creative, expressive and defiant icons out there – both in their own right – and our alignment with their alien-alpha mentality is an indicator for great things to come as we trek into web3.0,” says Jake Becker, Head of Talent Relations at Genies. “Everything that this collab stands for; self-expression and authenticity that transcends social boundaries and norms, is all we care about when it comes to virtual identity in the metaverse.”

The all-over patterned pair is available through Adidas right now while the other two colourways are scheduled to drop on September 9. The price is set at $120 USD.