Posted 4 years ago 3 Minute(s) to read

Source: Douglas Greenwood from Highsnobiety. From humbling beginnings in the Bronx the Yankees logo is now being used seen on a Gucci runway in Milan, here’s how the iconic ‘NY’ insignia transcended sport and became recognizable the world over. First, let’s look at the Yankee Insignia’s inception The Yankee logo we know and love has a strange backstory, rooted in New York’s other symbolic squad: the NYPD.... 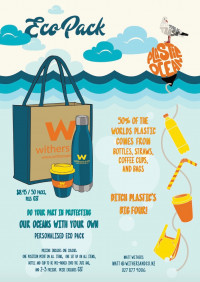 Posted 4 years ago Less than a minute to read

With the New Zealand governments decision to ban single use plastic bags requests for Eco Merchandise or Eco Promotional Products has just gone mental. With that in mind we did some research into the largest sources of plastic, and to counter act those, came up with this Eco Pack....